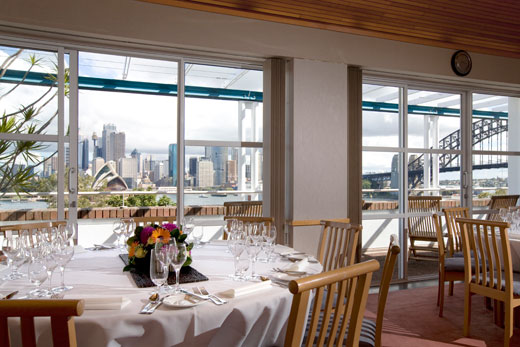 Procurement and mobilisation of a quality venue operator at the Reserve Bank of Australia’s highly regarded accommodation, training, conference and dining centre located in Kirribilli

The site where the H.C. Coombs Centre for Financial Studies now stands originally housed a guest house. However, following its acquisition by the Commonwealth Bank the building was turned into a residential training college for staff.

The Reserve Bank inherited this building in 1960 as part of what is known as ‘Separation’, referring to the separation of the Commonwealth Bank from the Reserve Bank. From 1960 through to the 1980s, all of the Reserve Bank’s courses were held at the training college. The size of the organisation’s staff and the number of courses on offer meant that the college was used constantly, and given the number of interstate staff employed by the Bank in the 1960s and ‘70s, almost all of the courses were residential.
Up until the 1980s, the training college was maintained and run by a small group of Reserve Bank staff. However, it was closed in
1986 and a major re-build was undertaken, resulting in the Bank’s current training facility, the H.C. Coombs Centre for Financial
Studies.

The facility is currently still managed by Reserve Bank staff who oversee a contracted operator who provides most of the services
including accommodation, catering and maintenance

The Maytrix Group were engaged in late 2015 to manage the operator procurement process for the contract which was at the end of term. Detailed specifications were revised providing a greater level of contract controls and improved service level standards. The contract was tendered in late 2015 and resulted in a number of quality submission from suitable operators.

The Maytrix Group are currently working closely with Management in the transition process.